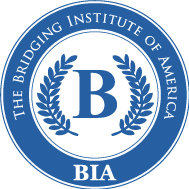 The Bridging Institute of America

An abbreviation commonly used in the construction industry to represent the Architect/Engineer team of Record.

The professional organization for architects in the United States. Organized in 1857, the Institute conducts various activities and programs to support the profession and enhance its public image, including periodically awarding the AIA Gold Medal and the Architecture Firm Award.†

A person who is involved in the planning, designing and oversight of a building's construction.†

A project delivery method for construction projects that is a hybrid of the traditional "design-bid-build" and the "design-build" methods, the objective of which is to retain the best features of both methods for the project owner and eliminate those aspects of each that often cause problems for the owner. (See footnote for information on how the name Bridging method was named.)

An alternate name for the Owner's Design Consultant.

The documents that form the Agreement between the Owner and the Contractor (sometimes referred to as the "Design-Builder") for a project being carried out by the Bridging method. At a minimum, the Bridging Contract Documents would normally include the following:

A method of building a facility to meet the specific requirements to suit a tenant.

Typically a change order occurs in the construction industry when an Owner makes a change to the construction contract. It is a binding agreement that may either change the cost (either positively or negatively), the schedule or sometimes both.

Refers to a form of construction procurement whereby a construction manager holds the contracts with multiple trade subcontractors and typically issues a GMP to an Owner before 100% completion and documentation of the architectural and engineering design.

Terms which have several different meanings and are often misused. "CM", referring to a service or an entity, came into wider use in the 1960s. The new concept of the '60s was that a professional manager of construction would be engaged by a project owner in lieu of a general contractor. The CM would manage the buy out and coordination of the construction carried out by trade contractors (those entities referred to as subcontractors in a traditional general contract). The CM would be compensated by a fee and possibly with cost and time control incentives. The contracts for the trades' ("subs") work would be between the respective trade contractors and the owner with the CM identified in the agreement as the owner's representative. This would allow for construction to start before design was finished, and cost estimating and advice supplied by a source with little or no conflict of interest with the owner. Often the CM would be engaged early in the design phase to advise the owner and the owner's architect and engineers on costs as well as time aspects of the construction and on constructability issues. Today, that process is usually referred to as the "CM Agency" project delivery method. When the foregoing arrangement is modified so that the CM gives the owner a guarantee on the total cost of the project in advance of commencement of construction and, in most cases, "holds" the trade contracts as subcontracts, that project delivery method is referred to as CM-at-Risk. The term CM is also often used to mean a construction contract administrator acting on behalf of the owner; however, the more accepted term for this service and role is "CA" which stands for Contract Administrator. Administration of a construction contract usually includes inspection of the work or supervision of the inspectors of the work along with review and approval of progress and final payments to the Contractor. Also included in CA/CM/PM services are the many other tasks of managing a construction contract on behalf of the owner. CMs may be engaged on any type project for any project delivery method, including Bridging.

(Also, see "Program Manager") A professional manager of pre-design planning, facility requirements programming, design, construction, commissioning, other related procurements such as furnishings and other equipment, and including the owner's move-in, occupancy and post occupancy close-out. The term is frequently shortened to "Program Manager". A Program Manager would bring to the planning, design and construction process special expertise in programming, pre-design budgeting, scheduling, cost and time control as well as assistance with internal communications within the owner organization with respect to the program. The Program Manager's role, besides the management of planning and design on behalf of the owner, among many other things, would typically include but not be limited to the same services a CA would provide or the services of a CM in a CM Agency role. The Program Manager is usually a team of professionals varying in number based on the size of project and may be internal personnel within the owner's organization or may be a professional service provider to the owner. Program Managers may be engaged on any type of project for any project delivery method, including Bridging.

This is the traditional, orderly method of construction procurement whereby an Architect designs the building, the Owner accepts bids from General Contractors and then awards the project to a Contractor to build the building.

A general contractor providing both design and construction services through a design-build contract. The term Design-Builder is sometimes used to mean the Contractor in a Bridging project.

Typically the phase following schematic design whereas the drawings and specifications are developed in more detail but not to the level of construction drawings.

The drawings prepared by the Owner's Design Consultant in a Bridging project which will constitute one of the component packages of the Bridging Contract Documents. Typically these are predominantly architectural drawings with relatively few engineering drawings and, on average, are more complete than traditional architectural drawings of Design Development phase documents. However, they are quite different from the traditional DD phase with some being less developed and many being more developed than DD phase drawings.

A person or group within an owner organization charged with the responsibility of planning and managing the design and construction of new, expanded, remodeled or converted facilities. These professionals interface closely with the real estate activities of the owner's organization and would include long range analysis of and planning for facility requirements and dispositions.

This is typically a maximum price guaranteed by a contractor to an Owner on less than complete construction documents. Commonly referred to in its abbreviated form ("GMP").

A commonly used acronym for a building's environmental controls: Heating, Ventilation and Air-Conditioning.

A document that typically describes the Who, What, Where, When, How and Why of a construction project to prospective bidders.

A type of cost estimating in which more than one estimate is prepared at each design phase of the project and then reconciled with the alternative estimates.

An Owner may be an individual or a large organization/company or corporation that owns the building or facility being built.

A specification like manual prepared by the ODC that covers all aspects of the design and construction project that are not adequately described in the DGIs in terms of the end product. "Performance" type specifications usually make up a large part of the OMR, but there may also be a number of "prescriptive" specifications in an OMR.

Protects certain laborers, material suppliersand subcontractors against nonpayment. Since mechanic's liens cannot be placed against public property, the payment bond may be the only protection these claimants have if they are not paid for the goods and services they provide to the project.

Secures the Contractor's promise to perform the contract in accordance with its terms and conditions at the agreed upon price, within the time specified.

Short for Construction Program Manager. Today some are using the term to mean the manager of multiple projects by a professional "project manager" or "construction program manager".

A Program of Facility Requirements is a detailed listing of the owner's space and other functional requirements as well as detailed descriptions of design criteria for a proposed new facility, expansion, remodeling or conversion of an existing facility. Today this is a more and more important and often extensive document on which pre-design budgets and schedules may be based and which can be an important part of the agreement between the owner and the architect and engineers for any type of project delivery method.

The term Programming refers to the research and analysis along with the approval process inside the owner's organization and the final preparation of the Program of Facility Requirements. There are firms that exclusively provide programming services; this service is also offered by some space planning firms, specialty consultants such as laboratory consultants, interior designers, architectural and engineering firms, and program management firms.

A document issued by an entity, public or private, requesting specified professional services (or, in other industries, a particular type of product). In the design/construction industry these documents may include requests for company history, staffing, financial stability, company portfolio and strategies unique to a firm.

Typically the first phase of an Architect's design services whereas the building floor plans and elevations are established.

Shop drawings are the detailed drawings prepared by a company acting as the sub or trade contractor for certain parts of the building project such as structural steel frame, reinforcing steel, HVAC ductwork, windows, doors, or cabinet work, which are needed by their organizations for the final fabrication of the resectve items. After preparation by the sub or trade contractor the shop drawings are sent to the general contractor (or CM) and on to the architect and engineers for review and approval before fabrication in projects being carried out by the design-bid-build, design-build, CM agency, or CM-at-risk project delivery methods. In Bridging projects they are sent on to the Contractor's AE for the final review before fabrication and installation.

A user may be an individual but is typically a group or organization that uses the facility and may or may not be part of the Owner's organization.

† from Wikipedia, The Free Encyclopedia.